What does a Litigation Lawyer in Ottawa do?

Contrary to common belief, most litigation attorneys’ lives do not center around spectacular courtroom confrontations. Instead, most of the litigation process is a delicate dance in which each party tries to expose flaws in the other side’s position and prepare for negotiations and trial.

While the desired aim is usually to settle the disagreement, in reality, this frequently requires a period of investigating the facts and evaluating the strength of each other’s legal case. If the opposing party refuses to settle on terms acceptable to the client, the only option may be to go to trial.

A competent litigation lawyer must be able to communicate and negotiate effectively. The capacity to provide a compelling legal argument in support of the client’s position, on the other hand, is crucial.

While a litigant’s lawyer has various responsibilities according to their client’s status, the procedure for both parties is the same.

The job of a litigation lawyer is split into seven parts:

When a client comes through the door, a lawyer begins by attentively listening to understand the client’s position. A lawyer’s knowledge and expertise allow them to swiftly determine whether or not a client’s legal status is solid. In increasingly complicated cases, the lawyer will need to do an extra factual investigation and legal study to advise the client on the best course of action adequately.

The investigation step will almost include a thorough examination of the client’s papers, such as any applicable contracts. In addition, it may be necessary to contact an expert in the appropriate area on occasion; for example, if the case involves a construction dispute, the lawyer may want to talk with a civil engineer, who may subsequently become an expert witness in the case.

A litigation lawyer will frequently need to perform legal research and analysis at the investigative and factual investigations. A realistic assessment of the client’s legal position is essential to properly advise the client about the course of action most likely to achieve the client’s objective.

The early phases of litigation are crucial in many ways because they define and shape any subsequent litigation. Thus, the more information a lawyer knows initially, the better the lawyer can develop a plan to defend the client’s interests best.

Scientists use microscopes, and physicians use stethoscopes, but a lawyer’s primary tools are a pen and paper—or, to be more precise, a keyboard and word-processing software.

One of the first duties of a litigation lawyer is to write the first ‘pleadings’ in the lawsuit: that is, the written complaint that starts the action (if the client is the plaintiff) and the defendant’s written response to the complaint (if the client is the defendant). But, as previously said, before this can be done, the lawyer must undertake a thorough inquiry into the facts and sufficient legal study to allow the lawyer to create an overall strategy for the lawsuit. Litigation without a plan is like a ship without a rudder.

Early pleadings are vital because they often define and restrict the kinds of arguments that the lawyer may submit to the court later in the case. For example, if a plaintiff’s written complaint omits a specific legal claim, the plaintiff’s counsel may be unable to bring that claim later in the proceedings. Similarly, if a defendant’s response fails to establish a specific legal argument, the defence counsel may be prohibited from ever presenting that defence again. Because these first court files may restrict the scope of the parties’ subsequent contentions, a thorough legal study is required before submitting the pleadings.

There is an element of art to writing pleadings, mainly since both parties may be unaware of specific facts; that is, the defendant may know information that the plaintiff does not, and vice versa. It takes skill to write a pleading that is detailed enough to satisfy the court while still allowing room for the case to take unexpected twists and turns.

During the discovery stage of a case, each party is obliged to turn over relevant documents and respond to questions asked by other parties. The primary goal of this required information exchange is to allow each party to acquire a complete knowledge of the underlying facts.

Drafting discovery requests takes considerable expertise, particularly since the lawyer understands that an opposing party in a case would be hesitant to reveal facts that might jeopardize its prospects of victory. As a result, the lawyer must submit discovery requests that leave no opportunity for wriggle room.

If a party refuses to give over papers or answer specific questions, the court has the authority to punish the party, including stating that the party has lost the case.

Responding to discovery requests also requires legal expertise. However, no lawyer wants to jeopardize a client’s prospects of winning the lawsuit; therefore, attorneys write responses that give the bare minimum required to fulfill the client’s legal obligation to provide information.

If a party’s replies to discovery requests are overly vague or otherwise inadequate, the opposing party may petition the court to compel more comprehensive responses, with harsh penalties imposed for disobedience. Lawyers for the parties in a case often fight vehemently over which papers must be handed over and which questions must be addressed.

Certain kinds of information, such as the substance of discussions with a lawyer, are protected from disclosure. A ‘lawyer-client privilege’ protects from discovery any 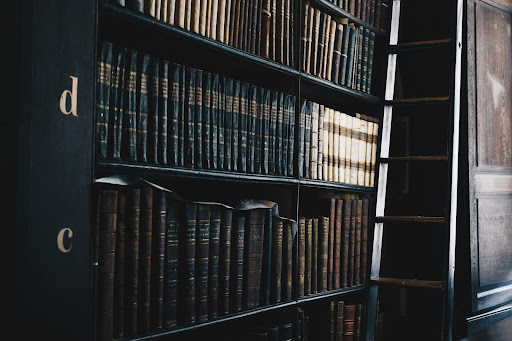 information relating to what the client said to their lawyer, and vice versa. If clients are not cautious, they may unintentionally ‘waive’ the privilege. Lawyers are determined to prevent any waiver from occurring.

Mediation is an essential component of litigation. All parties meet in the presence of an impartial court-appointed person known as a mediator to reach an agreement.

Mediation is required before any case may proceed to trial, and it often happens at various phases of the lawsuit. Dispute resolution lowers the burden of courts and saves money for taxpayers.

Lawyers that specialize in litigation are skilled negotiators. But, in the end, the customer must determine whether or not to accept the conditions that the other party is prepared to give.

The lawyer will advise and make a recommendation on any settlement offer. However, the client always has the last say on whether the matter should be settled or litigated.

Each side’s ultimate power in the mediation is the threat of litigating and, eventually, taking the matter to trial if required.

The parties narrow and define the issues for trial at the pre-trial stage of the lawsuit, which typically includes submitting numerous motions and seeking a decision from the court. For example, a defence may request that the court reject one of the plaintiff’s legal claims as frivolous.

Other motions may deal with evidentiary problems, such as requesting the court to prevent a prospective witness from testifying because the testimony would be ‘hearsay’ or untrustworthy second-hand information.

When a written pretrial motion is made, the lawyers for each party will submit a legal brief to explain their respective positions. For example, the plaintiff’s brief will include comprehensive reasons why the court should grant the request, while the defence brief will do the same but argue why the motion should be denied.

One of a litigation lawyer’s most important abilities is the ability to write briefs. A brief is based on an extensive legal study to provide a compelling and well-reasoned case for why the client should win the motion.

When it comes to applying laws, rules, and case law to a specific set of circumstances, the law is often not black and white, so the competence with which the lawyer prepares the legal brief may affect the result of a case.

Legal research used to include pouring through books in a law library. Nowadays, most work is done utilizing electronic sources. While the physical labour has been minimized, it still takes a considerable amount of time to correctly study a legal problem and prepare a compelling case that will persuade a court to decide a certain way on a pre-trial petition.

The trial, if litigation were an iceberg, would be its tip. To put it another way, virtually all of a litigation lawyer’s labour happens before trial.

The result of a jury trial is determined by how effectively each side’s advocates convince an audience of ordinary people that the law supports their client’s position in the case.

While the judge’s pre-trial decisions will have clarified the problems, including certain evidentiary concerns, the judge will still be called upon during the trial to make further findings on the admission of evidence and other matters when each side’s barristers raise objections in the courtroom.

Because the losing side may appeal, the trial court decision does not necessarily terminate the case.

The losing party may argue, for example, that the court erred in dismissing the case or that there were no legal grounds for prohibiting the party from presenting a certain claim or defence.

A legal brief will be required for an appeal. This is another instance when the lawyer’s ability to create a convincing legal argument may turn the case around.

Again, a litigation lawyer’s skill may make a major difference in the result for the client—as it does at every step of the lawsuit.